Whether you’re looking to upgrade your conservatory, add a splash of light into a dark room, or add a light and airy extension to your home, our aluminium conservatory roofs offer the perfect solution in Stratford upon Avon and surrounding areas.

Our roof lanterns are designed with architectural principles in mind. Equally slim sightlines throughout the lantern mean it’s proportionately perfect, offering you visible elegance inside and outside. Available from as small as 1m x 1m, right up to 8m x 5m it’s up to you exactly how much of a statement you want to make! 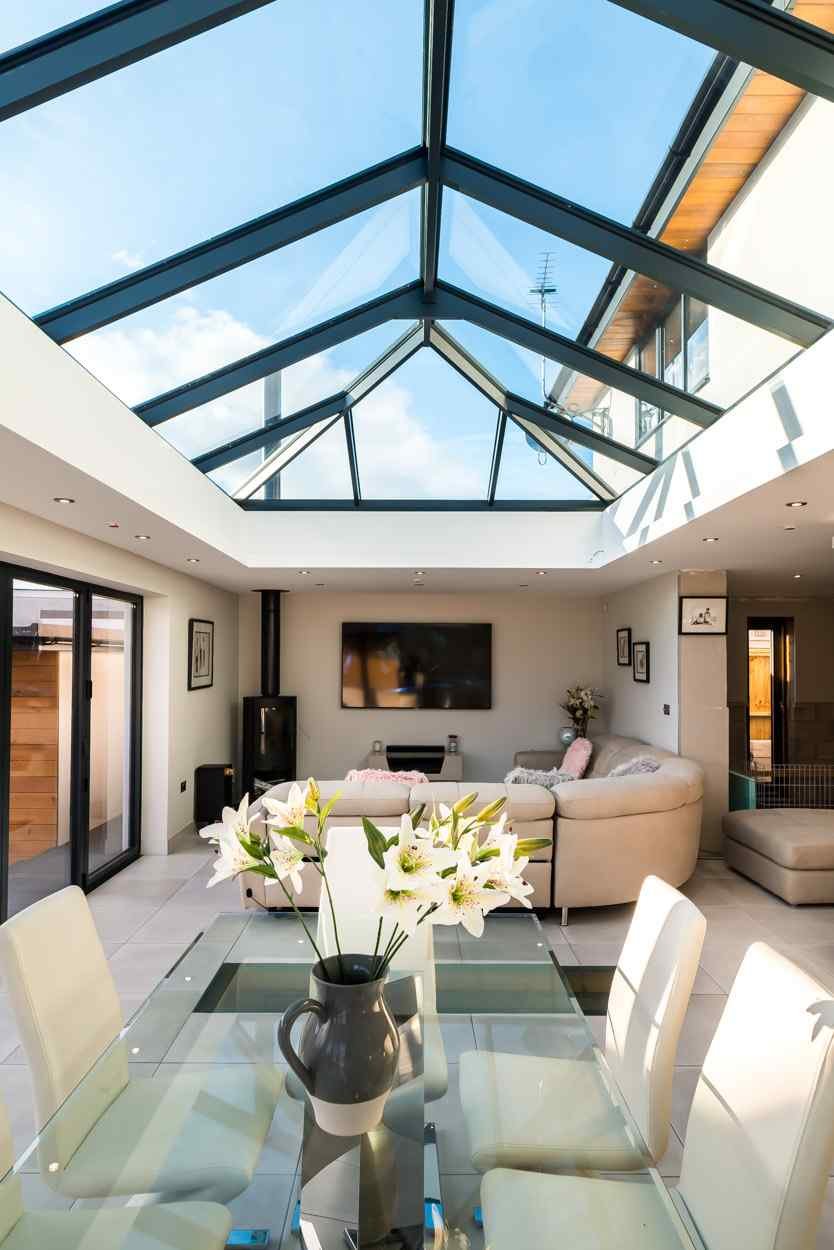 Looking for a sleek, modern look with Slimline roofbars. With unrivalled looks and thermal performance, our lantern rooflight is designed to throw maximum light into your home.

Sitting flush with the internal plaster line, the flat rooflight appears frameless from the interior of your home, giving the appearance of an open roof. It'll totally transform your living space!

We supply and fit aluminium conservatory roofs in Stratford upon Avon, Cheltenham, Moreton in the Marsh, Leamington Spa, Warwick, Evesham, Stow on the Wold, Chipping Norton, Worcester, Alcester, Oxford, Solihull, Banbury, Warwickshire, Gloucestershire, Oxfordshire, Worcestershire, Cotswolds, Wiltshire and nearby areas.
Call us for expert advice
on your project
Call Us
Request our
latest brochureDownload
Email us with a question or
send us your plans
Email Us
Privacy PolicyTerms of ServiceContact
©2022 Prior Aluminium